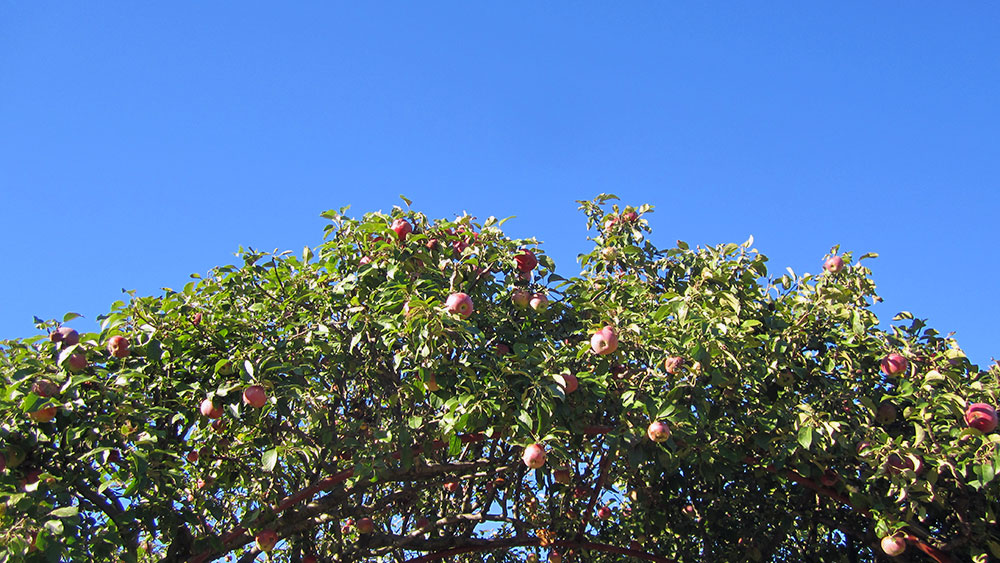 After a week of 90+ temperatures, when the air cooled off and the clouds were racing across a bright blue sky, Julie and I finally decided to do it. We’d been saying we would bike to the Chicago Botanic Garden for weeks, if not months: with conditions like this, there was no time like the present.

I’ve been happily doing my running thing for about a month, but my bike has, unfortunately, spent a lot of time in my apartment building’s laundry room this summer. No worries, though, right? We had a map and an open schedule, and Google said we’d be there in an hour and a half.

The original plan was to take the North Branch Trail, which has some occasionally confusing bits that we were totally prepared to tackle, thanks to this helpful comic. We fumbled our way through a number of interruptions and detours, but figured this was probably the last hiccup that would bother us; it appeared that we’d have smooth sailing as soon as we passed, say, Devon Street.

Not actually the case! All through Lincolnwood, Wilmette, Skokie and into Evanston, we had to start and stop at very busy street crossings (though we did get to enjoy some interesting public art along the trail). By the time we made it to Evanston (more winding through streets, at which point we nearly hit the football stadium, distressingly close to the lake), it was nearly 2 o’clock and both of us had been counting on eating lunch at the Botanic Garden by then.

The whole interior of that place is well worth a photo essay all its own, but a little Instagram will have to suffice for now: we had better places to be.

The rest of the route we followed took us alongside the Union Pacific North Line, one of the Metra commuter railways. This was sometimes narrower, sometimes unpaved, but peaceful and quiet, with your quintessential “arch of trees” stock photo effect. The whole trip had been and continued to be good, though. It was just a good life decision. And, after some iPhone navigating once we’d hit Lake Cook Road…

We had some doubts as to whether we’d be too wobbly-legged to make it too far into the gardens, but a brief detour into the gift shop actually cures all things. Which, thank goodness: this place is not to be missed. I’m really looking forward to coming back — especially given how close to the Braeside Metra station it is — with more than a point-and-shoot camera, but here are some highlights from our meanderings.

We hoofed it home on the Metra, and rewarded ourselves with enough fried food and beer to negate everything we’d burned. (I know I’m losing Jewish points for not fasting on Yom Kippur, but I’ve been atoning today — I woke up like an old man must. Oof.) It was a fitting close to a good, good day.

Our final tally, by the way? Twenty-five miles. Not bad for being out of practice! Biking: it’s still great. Come the cooler weather, I’m looking forward to much, much more.

1 thought on “An actually excellent Friday the 13th”