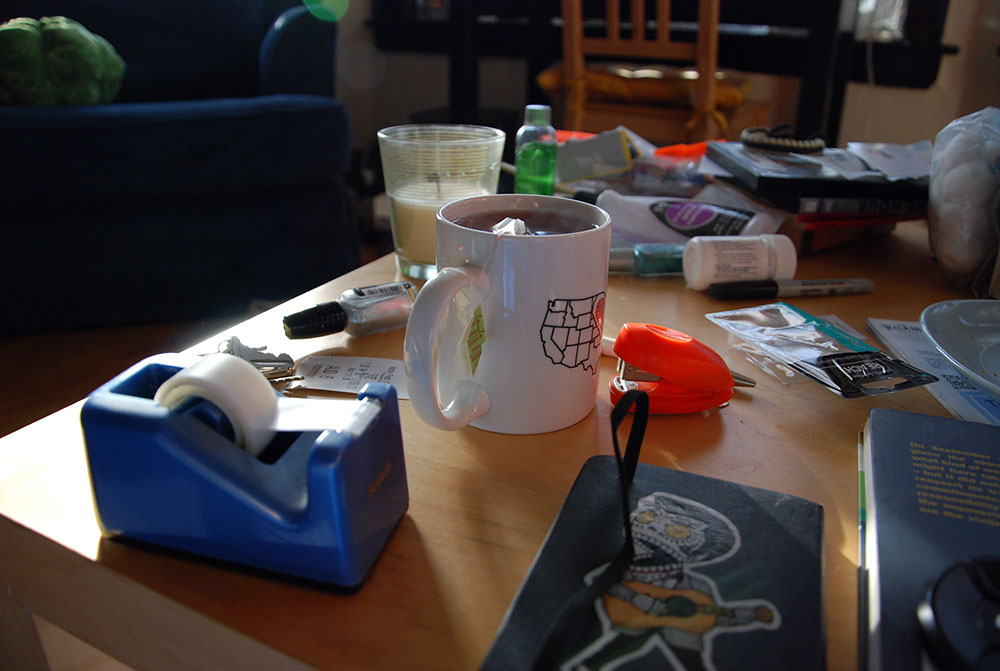 This month is — who knows why — supposed to be the month for stories. I’m a big proponent of (Inter)National Novel-Writing Month, and I even said I would be sort of trying it in bits, even as my time at Medill winds down to its final weeks and the final project–a long form narrative piece that I’m rather excited about–looms ever larger.

Part of that has been The Shallow Project, which has been a blast, even if the photo element has proved easier at maintaining than the writing part; and part of that has been a side Tumblr I’m keeping for a story that I know very little about. Which is interesting, because usually when I start (or even fail to start [yet]) a story, I generally know some salient facts about the end, or the premise, or the characters. Right now I’ve got a setting, the barest amount of backstory for the two protagonists, and a vague idea of how writing this story is going to be intensely personal in that way that may or may not be obvious from the outside.

To be fair, I didn’t have any ideas about my half of The Shallow Project before we began, and all I needed for that was to move the story forward every single day. With writing, though, I want to be more certain. I’ve got some bits and bobs — I originally set myself a 750 words a day goal, but then, well, school — and I’m pleased with myself for just writing scenes or character moments, rather than obsessing about plot. When I make the time for it, though, I’d like to sit down with Chuck Wendig’s foul-mouthed and actually perfect questions to answer for character enrichment (which seems more doable than making my way through this comprehensive list of other great ideas). One thing I love about improv is that the story comes from character interaction, not a plot determined by an outside force. I have some plot points in mind, but more than that, I just need to know enough about my characters to set them loose and let myself be surprised.

It should be interesting. I’m not explaining much in public, but if you’re curious:

If you want to ask me (in comments, on Tumblr or over email) any questions about this project, please do! It will probably help me, in all truth, and that I always appreciate.

So! Who wants some links? Internet privacy and democracy, actual spoken Akkadian, unpaid internships and a cello-piano hybrid beyond the jump, plus more!

I never got into Ancient Egypt as a kid: my unholy terror of mummies and preserved bodies more than took care of that. But I think Ancient Mesopotamia is astounding, and it needs more love in popular mythology. (I’m reading The Summer Prince now, and it took me an embarrassingly long time to catch on to the significance of naming two main characters Enki and Gil.) But — but but but: it turns out that Cambridge University has our backs on one front. Faculty members are creating audio versions of Old Babylonian and Akkadian texts, including The Epic of Gilgamesh, which you can hear at that link. Akkadian is a Semitic language, and as someone who grew up around Hebrew, it’s — familiar. Wow.

Why You Should Never Have Taken That Prestigious Internship is a pretty devastating indictment of the unpaid internship economy. Sarah Kendzior is a smart lady who’s saying good stuff, like the following:

This is a crisis of managed expectations. We have had a fundamental shift in what is “normal” corporate behavior and “normal” personal sacrifice. Because this shift is cloaked in terms like “meritocracy,” and espouses values like hard work and education, people have been reluctant to recognize it for what it is: the annihilation of mobility.

This Friday marks the 50th anniversary of the Kennedy assassination. When I was 6, I became obsessed with presidential shootings, not unlike Sarah Vowell and largely due to a Scholastic catalog book called They Shot the President. Now, of course, that I’m in j-school, the study of how we reported on these assassinations holds a whole new interest. The Atlantic has a great article about what the Kennedy assassination meant for broadcast journalism, supplemented by a number of very affecting YouTube links. Chris Jones, one of the very best long form writers working today, wrote about the flight from Dallas to D.C. for Esquire. Several networks will also be streaming their coverage of the event this Friday, so keep an eye out for that (more details in the Atlantic article).

I’m also getting back into my Kobo, which fell victim (along with my reading-for-pleasure habit, discovering the Animorphs books aside) to my course load this final quarter of grad school. One of my upcoming purchases surely must be Hild by Nicola Griffith: after glowing reviews on NPR and from Stefan Raets, I’m all in for a beautifully crafted, linguistically aware story about a 7th century English woman who navigates a very challenging cultural and political landscape to survive.

Leonardi da Vinci was a cool dude. Even beyond a gig as Drew Barrymore’s fairy godfather, I think he’d approve of Luigi Prina’s flying model ships and Slawomir Zubrzycki’s realization of his dreamed-but-never-built invention, the viola organista.

New to me! I’m pretty happy about this upcoming Will Smith fantasy feature, in which he sails Manhattan to England to rescue his daughter. I also had no idea about salon products in drug stores being so different from those sold in salons. Also also, Axel Erlandson made some pretty weird trees.

Is all this too much for one browserful of tabs to handle? I’m considering giving Pocket a spin, especially now that it can sync with my Kobo (and other ereaders too). It lets you save links from browsers and apps to read later, at your leisure. Technology actually making our lives easier, what?

I’ll leave off on a “that story without much of anything yet” note. I just cannot handle how much I love Neko Case, and if her latest album had only consisted of the following song, I might have expired even then. “Where Did I Leave That Fire” sends such chills through me. I want to make worlds that make me feel like this.

Have any links you want to share with the world? Post them in the comments! I love to find out more about the world. You definitely know something cool that the rest of us don’t. ♥