Last weekend I paid a lot of money to sightsee another human being up close. I had a great time, but I’ve been thinking about the fundamental weirdness of it ever since.

I’d never been to a big, multi-fandom convention before Wizard World Chicago, but it’s something I’ve seen my friends get a lot of joy from for many years. When I found out my favorite actor from my favorite movie this year would attend, I decided to take the plunge, and so I wound up with a Sebastian Stan VIP Pass (really, that’s what it says on the badge I wore around my neck all weekend). The VIP experience promised early access, faster lines and better seats, though I honestly only bought it because I couldn’t figure out where to buy the individual tickets online. It also entitled you to a couple of con exclusives, including a limited edition Guardians of the Galaxy comic and a huge lithograph of your nerd icon of choice.

The con ran from Thursday through Sunday, so on Thursday night I decided to head up to Rosemont, near O’Hare Airport, to pick up my things and scope the place out. After some tragedies as far as getting to the convention center on public transit (for all who follow, it turns out you can walk a few blocks to the building from the Blue Line), I made it there as the day was wrapping up. People were totally in costume, milling around and carting bags of merch. I was already delighted. Then I got my swag.

That’s when I knew everything about the weekend was going to be hilarious.  END_OF_DOCUMENT_TOKEN_TO_BE_REPLACED

Yesterday I did a thing I haven’t since 2008: I bought a ticket to a fan convention. This one is a whole other level of different, though. In 2008, I a la carted my way through a Supernatural Creation Con, and while I met and hugged and asked questions of and got autographs from and pictures with many of my favorite secondary players on that show, I assiduously avoided the stars, save for the one question I asked Jensen Ackles during the panel appearance. (Video exists, but I’m not linking it. Short version: Yeah, Jensen probably would have been friends with Dean Winchester in high school.)

The ticket I bought yesterday to attend the Wizard World Chicago convention next month is a so-called VIP package, which gets me early floor access, some limited edition goodies, premium panel seating and at least two opportunities to up-close meet actor Sebastian Stan, who plays Bucky Barnes/the Winter Soldier in the Marvel Cinematic Universe.

I’m so nervous I might hurl. Which I keep reminding myself is silly: This dude is not even two years older than me, and by all accounts presents himself as the sweetest, hammiest, most gracious nerd imaginable. It’s also not like the five minutes total of one-on-one interaction this will entail will be earth-shattering; my goal, really, is to have fun and be classy. But I also keep thinking about what I’d want to communicate in those few minutes, and it gets complicated, especially now that I’ve put my finger on what it is about his performance as the Winter Soldier that hits me so hard. END_OF_DOCUMENT_TOKEN_TO_BE_REPLACED 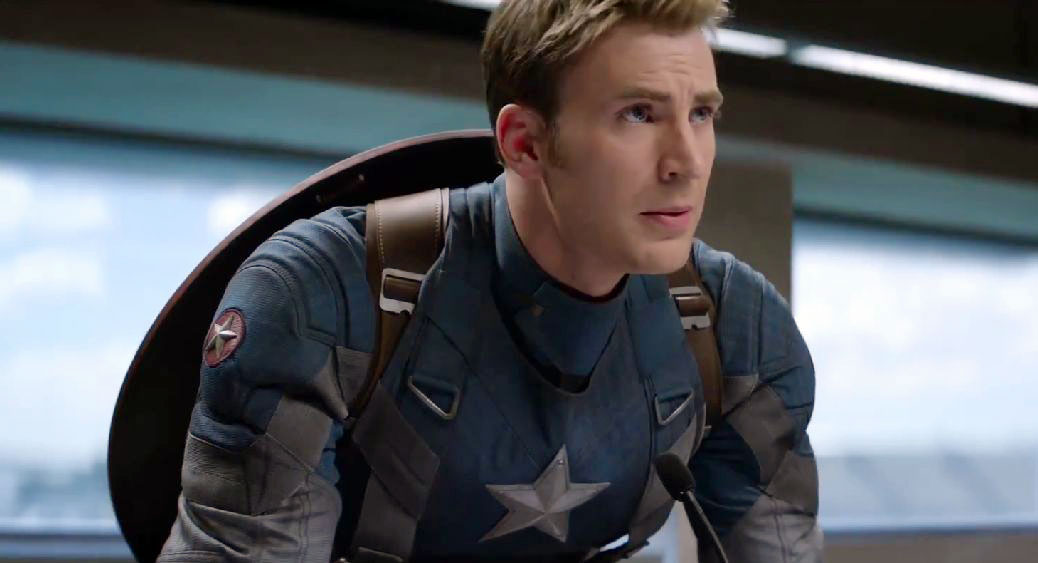 The problem with Captain America: The Winter Soldier is that there’s no room for a bathroom break. Other Marvel movies have spots that slow down or drag, but Winter Soldier manages to make every moment plot-relevant and engaging. It’s one reason why I haven’t been able to stop thinking about it for two and a half weeks, and why I’ll be seeing it for a third time this afternoon.

I was never a big Cap fan: Thor was the one that grabbed me from the moment the lights came up, with its Shakespearean grandeur, self-effacing humor and immensely compelling brothers-at-war plot. I saw Captain America: The First Avenger opening weekend — a group of friends and I dressed up as ’40s ladies — and wanted to love it, since Band of Brothers was and is so important to me. I enjoyed it at the time, but thought it was over-long. The Avengers, released almost a year later, I found emotionally vacant, the cinematic equivalent of banging action figures together. The Thor sequel and the Iron Man films were fine, but they didn’t move me. I was really expecting similar from Winter Soldier.

Oh boy wow, was I wrong.

General praise first: Anthony and Joe Russo, primarily known before this for directing TV like Community and Arrested Development, did something we didn’t expect but should have seen coming — they made an entirely character-driven story. The fight scenes are spectacular (and all very distinct), but they’re also critiques of fight scenes and the military industrial complex that drives their demand. Steve Rogers (Chris Evans) is deeply uncomfortable with his role within SHIELD and its workings, as well he should be: the movie is really about drone strikes and the NSA. When Rogers needs help, between Nick Fury (Samuel L. Jackson), Sam “Falcon” Wilson (the standout Anthony Mackie), Maria Hill (Cobie Smulders) and the Black Widow (Scarlett Johansson), he’s literally the only white man at the table. There’s no romantic subplot, and that’s thrilling: all the women are competent, fully-fleshed and motivated by more than sharing screen time with Cap.

Oh yes, and the Winter Soldier himself blows me out of the water. Spoilers below, as well as more discussion of character, U.S. history you’ve probably never been taught and why I’m reevaluating the Captain America franchise. END_OF_DOCUMENT_TOKEN_TO_BE_REPLACED