I set out to put fiction out in the world here, but there hasn’t been as much fiction on M&W as I’d like. Even though I still hope to finish it someday, Innogen and the Hungry Half stalled out when my mother received her terminal diagnosis, and I haven’t been accomplishing original short stories like I’ve wanted either. This doesn’t mean I’ve haven’t been writing, but sometimes you start a project and realize that it’s just too painful to pursue, even if you go in with open eyes.

What follows is the beginning of a novel whose working title was Kate and Harry Fight the Devil. Some of it has been cannibalized into Coldspur, which I also promise you all should see someday, but that one is more of an adventure story. This WIP is about grief and cancer and spouses. I started it on a visit home the month my mom died, in August 2012. Ever since she got sick in early 2008, I’ve been writing these reverse Eurydice stories. Take one dead Shakespeare protagonist, give him an indomitable wife and shake vigorously. What wouldn’t we do to bring our loved ones back? It’s a kind of war story too — what will we brave for each other? What do we have when we come through to the other side?

This story probably comes closest to expressing what I was feeling in that last month. I was trying to anticipate what it would be like once we lost her for good. Reading it again puts me in a very vulnerable place, but I also have the distance to know that the work is good. I’d like to put it out there. Someone else might need it too, but I also need for people to see it. Sometimes you just need witnesses. If you get that, I’m sorry we’re both in this club.

The plan here was that there would be no single victory, no crowning triumph and reunion: Kate Percy would get back her cored-out husband, and fight tooth and nail to recover him, piece by painstaking, incomplete piece. It would be ugly, and hard, and slow. But it would be about things gained rather than things stolen away: the hideous battle could, in the end, be won by people and not tumors.

I got down 7,000 words before admitting that I couldn’t do this to myself, that it was too painful, no matter how much I liked the idea of my villain, and of Kate Percy, witches’ champion, and of the weirdness of Macbeth stealing into a history play. No one will want to read that kind of resurrection, I told myself. And I’m not comfortable with that kind of body horror, to write about cancer the way it really looks. That’s still too close and private.

We’ll see. Thank you for reading.

If you don’t know Henry IV Part 1, all you need is that Harry Percy rebelled against the king and lost, far away from home.

In a cold bed, she still hears him, drunk on her name, good Kate, gentle Kate, my loving Kate, my wife. His shamefaced father has left them alone with the echoing castle, fled to Scotland, where all his allies are captured or killed. She huddles on her side of the blankets, watching the door, waiting for the shadows to flicker, for her Harry and his raging and his flights of imagination to approach. His voice comes back to her in the dark: Will this content you? She has wept herself still and dry without him.

The king’s guard will come. They will ride hard from the battlefield to seek out the rebels and revenge themselves on them. His mother Northumberland is mobilizing the household, dispatching family treasures, sending friends into the wild. King Henry’s men must find nothing at Warkworth Castle, no trace of her Harry, and Kate knows it cannot be done, when he is in every stone and worn path in the marches.

She does not care that the king is still Bolingbroke, she does not care that the Prince of Wales did the slaying. Her Harry’s pillow has not lost its dent; the sheets still smell of him, the goblets he left on the table are where he set them, and she must leave. Would that someone had saved his jacket, a lock of hair, a letter from the front! She would beat him bloody herself if he only would come home. END_OF_DOCUMENT_TOKEN_TO_BE_REPLACED 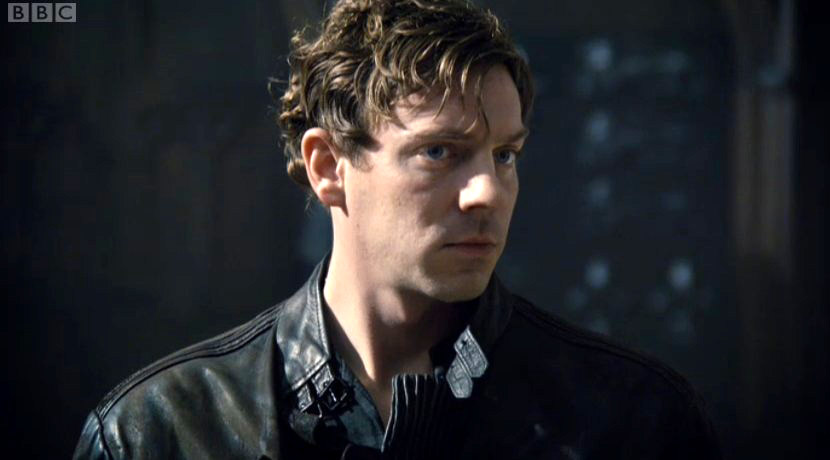 Kenneth Branagh is the only Benedick; anyone else is just mouthing the lines. That’s what comes of having seen his Much Ado About Nothing at a very formative age. Even with the story reconfigured, as in the BBC Shakespeare Retold series, while I adore Damian Lewis’s take, it still looks odd to me.

I’m having this issue with a history play at the moment. Over the summer, the BBC released The Hollow Crown, a tetralogy spanning Richard II, both the Henry IVs and Henry V. Despite the fact that Shakespeare’s history plays have never really been my thing (I tend more towards the weird stuff), I was always going to watch these productions: Tom Hiddleston plays Prince Hal/Henry V. Now, he does a magnificent job, as does everyone on the cast and crew, but for me, someone else stole the show. Thanks to Joe Armstrong, I’ve become a total Hotspur fangirl. END_OF_DOCUMENT_TOKEN_TO_BE_REPLACED