I’ve been moping for almost a month now about how I need a new project. The novels are nonstarters, the art is thwarting me and even my resolution to take advantage of Chicago’s cultural offerings hasn’t entirely stuck.

The solution is simple, then: conceive of something straightforward yet grandiose, announce it in front of the whole world, and commit to do it in full view of the public. I would like to try writing a serialized novella, and to post it on a regular schedule here. Since coming to this conclusion on Sunday evening, I’ve been riding the wave of joyous certainty that comes from having a project to plan. I’ve decided to attempt a story I meant to write but never did: a “fork,” if you will, of William Shakespeare’s Cymbeline, set in a steampunk universe.

I’ve never written steampunk before. Truth be told, I haven’t read much either. But I’ve got about five pages of notes, as seen in the illustration above, and I’m ready for an adventure. The story is called “Innogen and the Hungry Half,” which I hope intrigues you, and keeps you coming back for more. Posts will go up at least once (and I’m hoping twice) a week, probably on Tuesdays and Fridays, and I very much hope it becomes a participatory experience. (Translation: I love to hear from you, hi!) You can always find me on Twitter (@magpiewhale), and you can also now follow me on Tumblr (magpieandwhale, shockingly). (I really love Tumblr; I had a post all planned about how cool it is, especially for a site with “magpie” in the title. Then, appropriately enough, I got a bit distracted.)

So that’s it! If you’re totally unfamiliar with Cymbeline, that shouldn’t be a problem with this story, as it takes place before the events of the play. If you’d like to read the play, MIT has the entire text available for free; it is an amazing, hilarious, over-the-top late romance, in which Shakespeare steals liberally from every play he’s written thus far and parodies quite a lot of it, I think. If you’d like a brief trailer to whet your appetite, Cheek By Jowl has very helpfully provided such a thing, featuring the love of my life (who incidentally plays Posthumus and Cloten), Tom Hiddleston.

This double casting of the two male leads is actually what spurred the idea for the story in the first place. I hope to have a lot of conversations about this stuff as this project moves along. For now, though, I’ll leave it here, along with a plea to recommend your favorite Tumblrs to follow — including, if you wish, your own! Happy Monday, folks, and see you shortly in fair Lud’s-town. 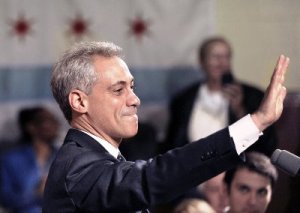