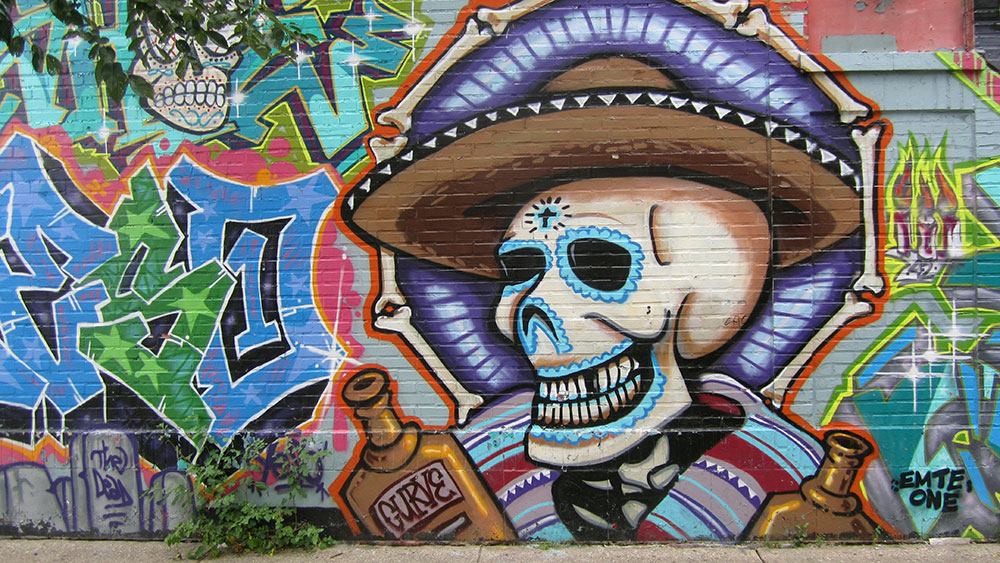 One of the best things about journalism school has been realizing how little of Chicago I had seen or even known to seek out before I started learning how to report and find stories. My first quarter was spent tramping up and down Lawrence Avenue in Albany Park, on the city’s northwest side, which is less than two miles from where I live but which I’d only been to for its incredible eating (notably Noon O Kabab, which, if you like Persian food is a must-visit in this town). Even though I’ve lived here since 2002, my Chicago experience had really been limited to enclaves and bubbles like Hyde Park, Lakeview, Wicker Park and bits of Uptown.

Due south of Albany Park, with all the same cross streets, is La Villita, Little Village. I’m working on a feature story about the Chicago Youth Boxing Club, which is an incredible organization full of beyond incredible people. Just south of the church where CYBC lives in the basement is 26th Street. “Oh, you have to see it,” I was told by source after source. “Go eat at Nuevo Leon, it’s the best.”

My interview began at 9, and the gym itself was closed on the weekend, so once the interview was done, it seemed like a good idea to get a feel for the neighborhood. I didn’t know what to expect — I really had no exposure to Little Village beyond what people involved with CYBC had told me, plus one thread in the community gang resistance documentary The Interrupters.

“People only hear about the bad stuff, the gang stuff,” people told me over and over again. “Which means people outside La Villita don’t know what an incredible neighborhood it is and what good people live here.”

Now that I’ve been there a little bit (a very little bit), that’s a damn shame. Because they’re right: Little Village is truly something else. END_OF_DOCUMENT_TOKEN_TO_BE_REPLACED